After 5 days of exploring in the Everglades National Park, it was time to head south into the Florida Keys.  I was excited to see my friends Jaime & Caleb and Josh & Kc.  I was also looking forward to spending some much-needed time on the islands.  I arrived in Marathon Key, where I anchored the Airstream and set up base camp for the next month.  My friends on the island introduced me to Matt Sexton who owns and operates “Keys Cable” (a really nice wake-boarding park on the north side of the island.)  Matt got me hooked up with a place to park the Airstream and has been beyond awesome to get to know.  So far I have met all the guys working at Keys Cable and even got to join in on a full moon party/ cookout.  That was a great time and I made a lot of new friends.   I am beyond thankful for Matt taking care of me down here!

After settling into the new spot I went out exploring.  There is so much to see and do in the Keys I was having a hard time figuring out where to start.  I spent some time with Jaime and Caleb and their son Oliver, who I last saw when he was just a baby.  Caleb has invited me to accompany him, his brother and their friends on a spear fishing trip next week so I am incredibly excited for that.

One of the many places I stopped for pictures on my journey is the eastern edge of West Summerland Key.  There is a very small parking lot that leads to a trail where you can look out over Bahia Honda Channel.  There are huge iguanas that live in the area so be a ready to make new friends. 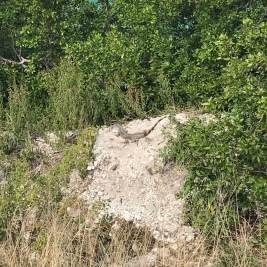 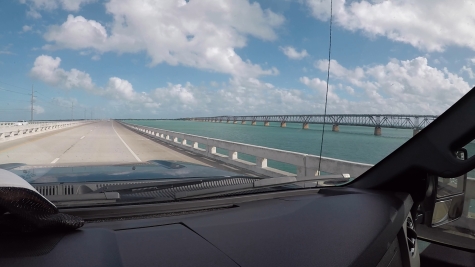 After spending a few days checking out the Island, it was back to getting a few things done.  For starters, I was out of food so I cooked up another big meal prep for the week.  On the menu:  steak, peppers &onions as well as some zucchini and squash.  I am loving this Discada ( a 22″ steel disk made by “Southwest Disk” a veteran owned company out of New Mexico.)  I have used this thing so much, I rarely cook inside the Airstream.  I will do a Vlog Product Review on it soon as I know a lot of you have been curious to know what I do for food on the road.  So if you are interested in easy/ healthy meal prep while you are on the road, check back for my review on the Southwest Disk cooker (aka the Cowboy Cooker.) 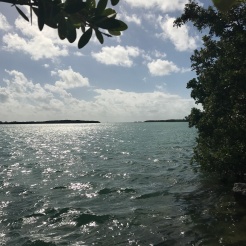 Shot from Keys Cable Wake-park.  I used my Canon Rebel T5i with a 55-250mm lens, tripod and remote.  The spot where I have my Airstream set up could not get any better for watching the moon/stars.  No bugs and a nice ocean breeze.

“The more I traveled the more I realized that fear makes strangers of people who should be friends.” – Shirley MacLaine